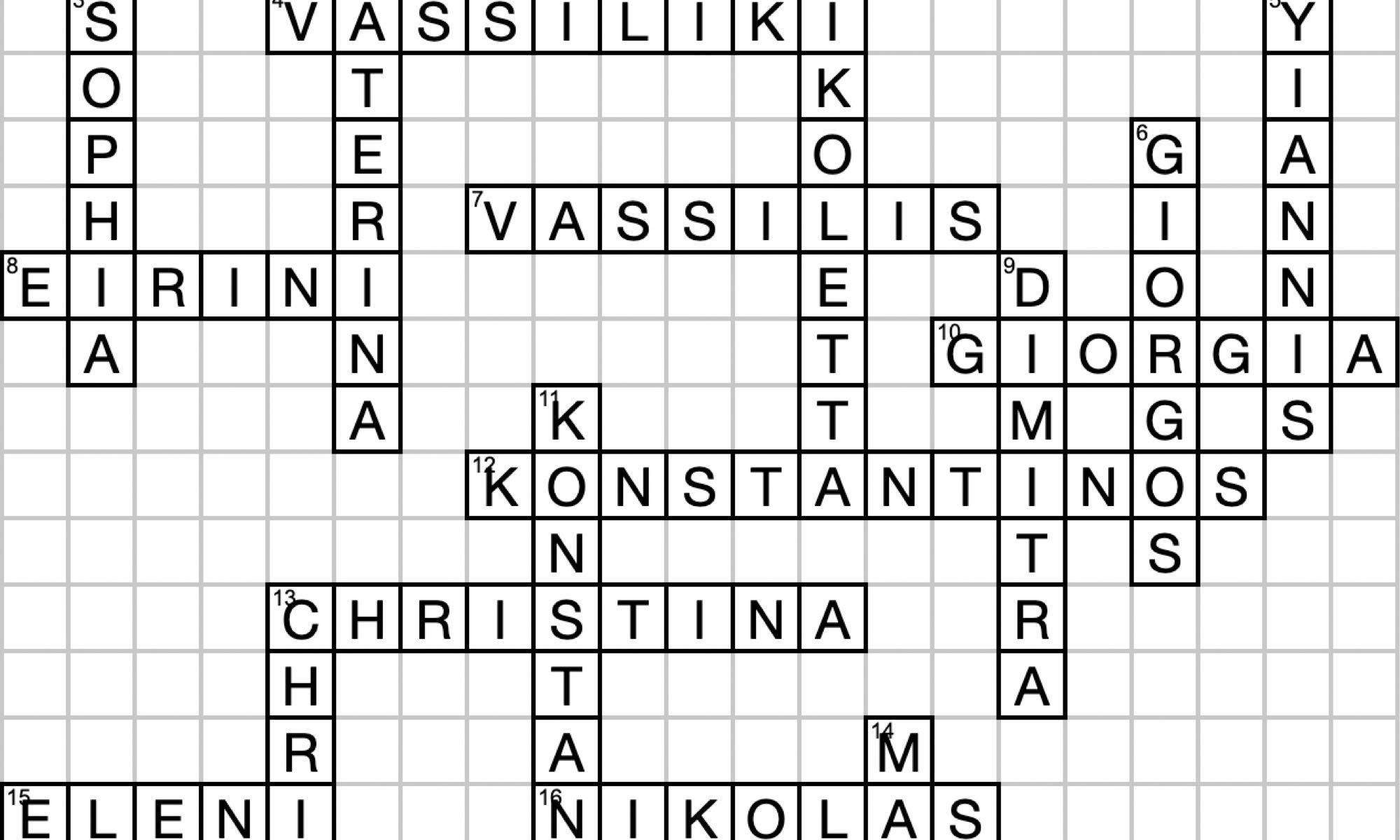 The 12 most common Greek names and their meaning

The traditions regarding the naming of newborns in Greece are still in practice today. Sons get the name of their grandfathers and daughters are named after their grandmothers. As a result, not only cousins share the same name, but many unrelated Greeks do as well. Here is an overview of the twelve most common Greek names, their meaning, and nameday.

Giorgos, or George in English, is the most common Greek name, with 10 percent of Greek men carrying this name. The name is a combination of Gi, the earth, and Ergo, work. Giorgos simply means farmer. The fact that many Georges work behind a desk today, shows the importance of the Greek traditions. Giorgos is celebrated on the 23th of April.

Yiannis means gracious, or more specifically, God is gracious. His English counterpart is John and derives from Saint John. In the north-west of the Greek mainland, there is a city devoted to this saint, Ioannina, or Yannena. Saint John is celebrated in Greece on the 7th of January.

Dimitris means born from mother earth and refers to the goddess Demeter, the ancient Greek goddess of the harvest. She was the protector of trees, plants, and grains. During Roman times, she evolved into Saint Dimitria, the saint of agriculture. Today the name Dimitris still means devoted to Demeter. October 26th is the day she is celebrated.

The name Nikolas has something to do with a popular modern brand we all know, Nike. Both the name and the brand derive from the Greek word Niki, which means victory. The ending of the name, Laos mean people, so conqueror of people. Nikolas is associated with the Greek god Nike, as well as Saint Nikolas. The latter was the protector of schoolchildren and travelers. Saint Nikolas is still celebrated today. As Santa Claus in the U.S, or Sinterklaas in the Netherlands, he brings presents to children from all over the world.

In Greece, however, Saint Nikolas is not the present-giving Saint all children love. He is honored on the 6th of December, but only the Greek Nikolasses and Nikoletta’s get presents during this day.

The name Konstantinos derives from the Latin word Constantia, which means constant, stabile or loyal. The English version is Constantine, Kostas or Gus. The name originates from Constantine the Great. He was a Roman Emperor of Greek descendent in the 4th century, who founded Constantinople.

Konstantinos is honored on the 21st May together with Saint Eleni, the mother of the Great Constantine. The name is one of the most popular names in Greece. Many other emperors, kings, and modern politicians have carried this name.

Vassilis in Greek means king. The name comes from Agios Vasileios. This Saint lived in the 4th century AD and is known for his generosity to the poor. He is the Greek Santa Claus. For the Orthodox Greeks, Saint Nicolas is not the Saint who brings presents during Christmas. Instead, on New Years’ day, Saint Vassilis brings gifts to the Greek children.

Vassilis also has a New Years’ cake and tradition named after him, the Vassilopita. Every year, the Greeks bake this simple cake that has a coin hidden inside. According to tradition, the pie is cut into equal pieces, one for each member of the family. The pieces are then handed out from oldest to youngest. Whoever gets the hidden coin, will have good luck, health, and happiness for the year to come.

While the previous male names have a female counterpart, the most common Greek female names do not translate into male. Maria is the first, deriving from the Virgin Mary. Since the Orthodox church is very important in Greece, almost 10 percent of Greek women are called Maria. Her names-day is on the 15th of August, a day of celebration for the whole country. Funny is that Mary’s birthday, on the 8th of September, is also celebrated in the country, but does not count as the name day of the Greek Maria’s.

The name Eleni means light, or sun ray. Her name derives from the famous Helen of Troy. Helen was known as the most beautiful woman in ancient Greece. This daughter of Zeus, caused the Troyan war when she left her husband to move to Troy, for love. The war, as well as Helen, have been the subject of many tv-shows and movies. Her names-day is on the 21st of May.

Katerina derives from the Greek word Katharós, which means clean, clear or pure. Although this word can be used for both female (h thallasa einai kathari, the sea is clear) and male (o skilos einai katharos, the dog is clean) objects, the name only occurs in as female. The English counterpart is Catherine or even Katie. All Greek Katerina’s are celebrated on the 25th of November.

Sophia in Greek means wisdom, and derives from Saint Sophia. She appears in the Bible as the female personification of wisdom. Sophia is not only a popular name in Greece. She is in the top-five of female names in the U.S. as well. However, she is celebrated only Greece on the 17th of September.

Angeliki comes from the Greek word Angelos. In ancient Greek, this meant messenger, but in modern Greek it translates into angle-like. Angeliki’s name is celebrated in Greece on November 8th. According to the Greek Orthodox church, this is when the assembly of the Archangels occurred. Her English counterparts are Angela, Angelina, or even Kelly.