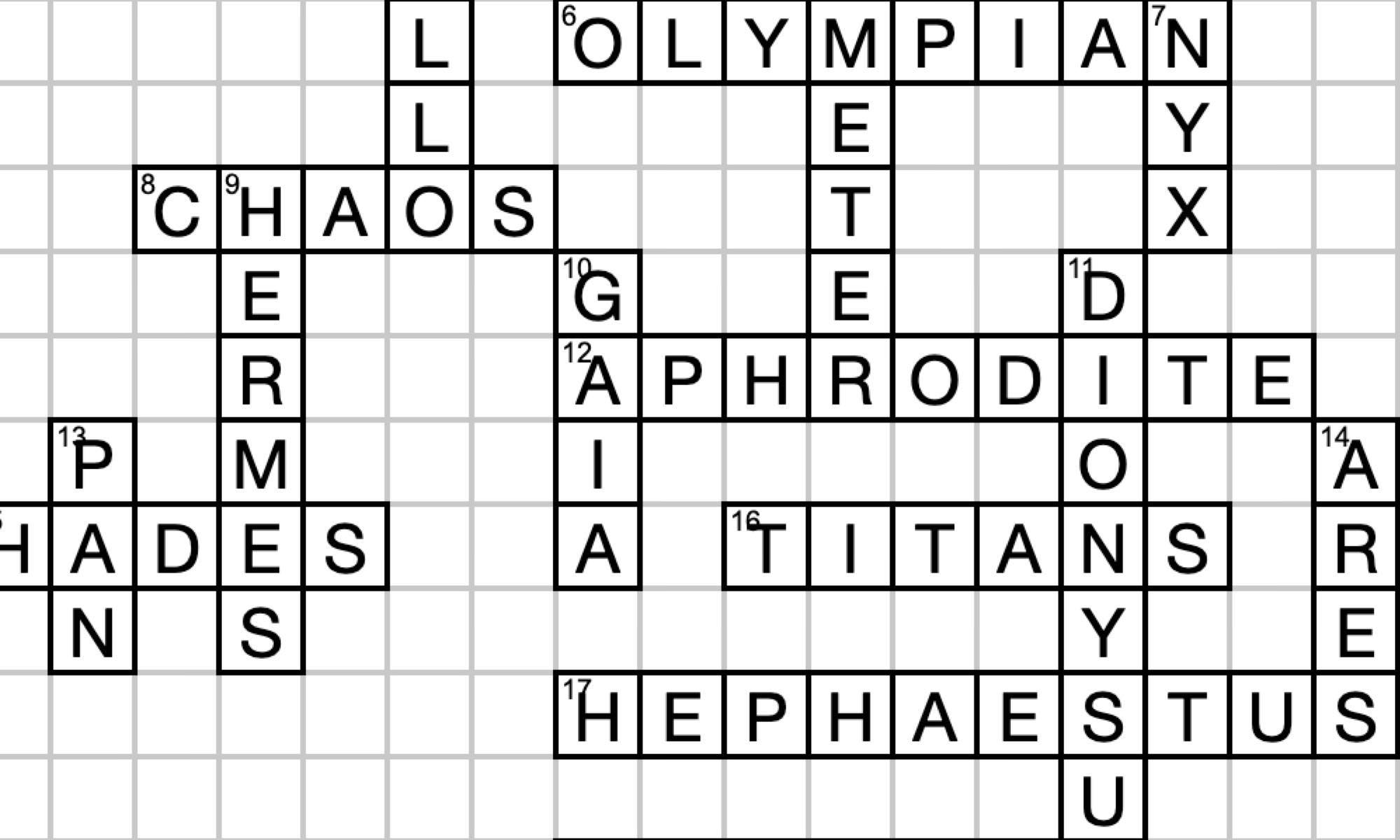 Ancient Greek mythology influences modern life around the world. Video games, comic books, movies, and modern brands refer to the stories that where told over 2.000 years ago. Did you know that the name cereals, for example, comes from Ceres, the god of grain? Or that the Olympic games started as a way to honor Zeus? The Greek gods are everywhere, also in our crosswords.

If you are a crosswords lover but wonder what the Greek gods you keep fitting into your puzzles actually stand for, keep reading below! To help you with you puzzle, they are ordered by the amount of letters their names have.

Do you want to prepare yourself for a visit to Greece or simply want to learn all there is to known about this beautiful country? Leave your email below and get the answer to all your questions!