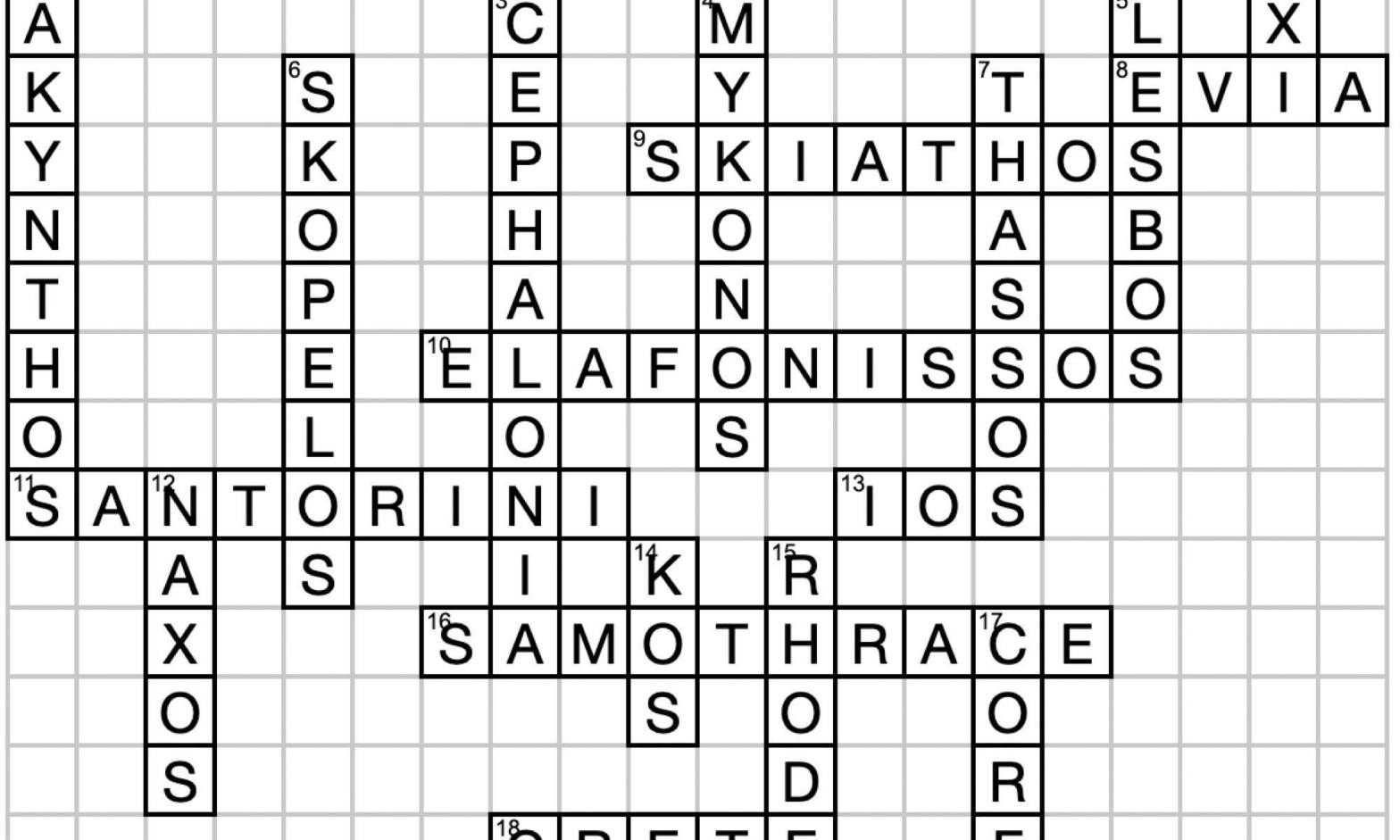 The Greek islands are not just a popular holiday destination, but also often used in crosswords all over the world. Did you ever wonder what the difference is between the 5 letter words Corfu and Crete? Or if Kos is really as small as the mere 3 letters its name counts?

Here is an overview of the Greek islands used in crossword puzzles. Sorted by the number of letters, so you can easily find your answers. But don’t do just that. Maybe some islands will not fit your puzzle today, they might point you to the destination for your next holiday!

5 letters – The Greek islands most used in crosswords

Do you want to prepare yourself for a visit to Greece or simply want to learn all there is to known about this beautiful country? Leave your email below and get the answer to all your questions!

Travel guide to Paxi. The most beautiful island in Greece

In the Ionian Sea, just south of the famous island of Corfu, you can find Paxos. With just 19 square kilometers of land, it is one of the smallest inhabited islands of Greece. The island is still quite untouched by […]

Lemnos, or Limnos, is an island in the Aegean Sea, in the northeast of Greece. With just 476 square kilometers of land, it is not very big but enough to make one of the most surprising islands in the North […]