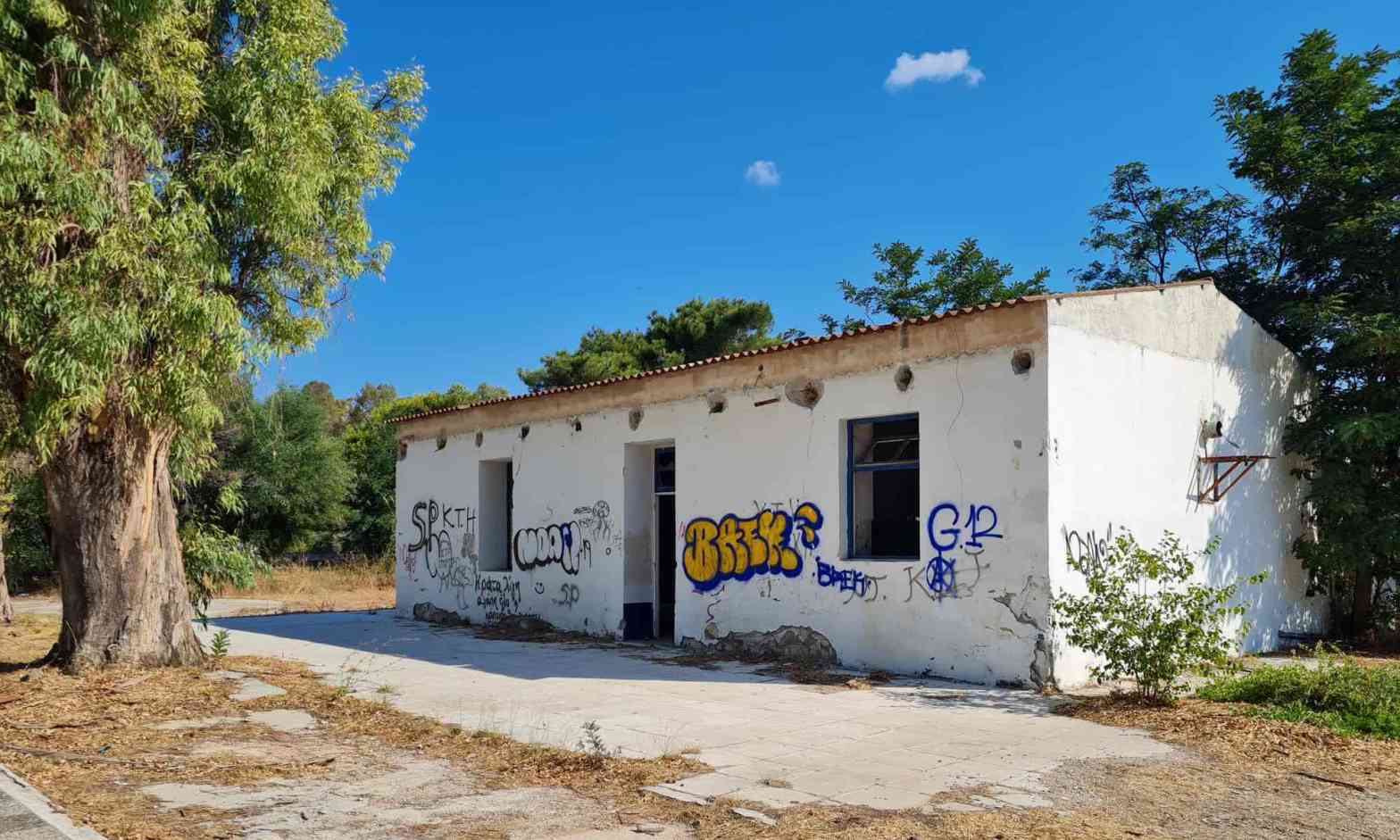 The many abandoned and unfinished buildings in Greece

During your stay in Greece, you might be surprised by the many empty or half-finished buildings you come across. You find them in cities, towns, villages, and even remote areas. They are everywhere, and as an architect, I wanted to understand the reason behind them. After talking with many Greek citizens and homeowners I created a list of the most common reasons for abandoned and unfinished buildings in Greece.

Let’s start with the simplest reason for the amount of abandoned and unfinished structures throughout Greece. The economic crisis in 2008. The downfall in economics hit Greece hard after the start of an economic burst just 8 years before. People had loans to either build their house or own one when all of a sudden they could not afford their mortgage anymore.

These people lost their houses or had to leave their ongoing construction projects and since the crisis hit the whole country, the government could not sell the empty houses to anyone else, leaving many abandoned and unfinished buildings in Greece.

Building is a life-long project

Ownership of property is very important in Greek culture. It is the symbol of wealth for a family. But where people from other countries precisely plan and budget their future house before taking on the construction of it, the Greeks have a slightly different approach.

Greeks will start building their house, even if they know they do not have enough funds to complete it. They are super optimistic, or naive maybe, hoping that money will show up at one point. But it can take up to a whole generation before even completing the first floor.

They basically start building as soon as they have their land. And stop when money is finished. There can be 10 years between building the walls and putting in the windows. And of course, the economic crisis only made this worse. Siga, Siga.

Claiming the land as yours

In Greece, ownership of land is something not well registered. In fact, only since 2019, you are obliged to register your property or plot with the National Cadastre of Greece and even today this system is not fully functioning. Records about ownership get lost, and therefore you basically have to physically claim your land as yours.

When a Greek finds a plot, perfect for his or her future house. Buying it and then leaving it empty for years could result in losing the land as well as the money it cost to buy. To avoid this, the Greeks build frames for future houses. This structure can be owned while you barely have to pay taxes.

Another benefit of putting up the structure of the house before actually building it is the fact that you’ll later be able to build the size of house you wanted in the first place.

Building regulations change quickly in Greece, as a counter-act on basically everything described before. When you buy land in Greece today, wanting to build a mansion in thirty years, there is a chance you might not be able to build more than a shed. However, if the structure already exists and has the size of a mansion, your volume is safe. No matter what rules will come in the future, they will not be able to decrease the size of your property.

But the structure is not only put up to avoid rules that will come in the future. The Greeks even try to avoid the rules that are existing today. Only in Greece, it is possible to buy land on which you can not build a house, and legally build a house afterward.

What happens, in this case, is that the structure of the house is built. Then, the Greeks go to the municipality, saying that since they already built this structure, it should be legal to build a house. Often, the municipality decides to make it legal to build and hands out a building permit. But when they don’t, you have an extra abandoned unfinished structure. And of course, the Greeks blame the government for this.

Read more about illegal buildings in Greece here, where a political engineer advertises to make money by legalizing illegal buildings or building parts. According to him, ” all the buildings that were built in the previous years – and I mean all!!- have some type of arbitrary building.”

The final reason for the number of abandoned buildings in Greece is heritage. As I said before, homeownership is important in Greek culture. And because of this, a house is not really a tradable thing for the Greeks. It is a family legacy.

This made sense until the second world war, when most of the Greeks lived in the villages, in their family legacies. But things started changing after the 50’s. When the economy started growing, the Greeks started moving toward the cities, driven by work and money. The generation after moved even further away, this generation spread out over Europe and the US in search of a better life. However, they still own their family houses in the villages.

The Greeks today don’t use the family house anymore, but still recognize the value this house has to the family. They don’t want to sell, they want to own. And to make things more complicated, many of the houses are not owned by one person but instead by the whole family.

Selling the family house means agreeing with the whole Greek family. And trust me, there will always be someone who will not agree. Even if the whole family knows they will not live in the house, they will not find an agreement on selling it. Maybe they will use it to celebrate Easter together once a year, just to have a reason to keep it.

There are many stories about the Greeks not finishing their houses to avoid taxes. However, nowadays this is more than a myth than it is reality. Years ago, there was a rule in Greece that when you would not finish your house, you would pay fewer taxes. And as a result, many Greeks just left a little part of their house unfinished, to avoid a higher (or normal) tax rate. However, this rule does not exist anymore and has not for a long time. The only way to avoid a higher tax is for buildings that are unfinished, uninhabited, never been inhabited, and are not connected to electricity.

As a Dutch architect who knows Greece, I believe it is not just the structures that are actually unfinished that I perceive as such. Yes, there are quite a few abandoned and unfinished buildings in Greece, but I think that cultural differences play a big part here as well. It happened often to me that I thought a building was either abandoned or unfinished while it turned out to be a family home.

Greece doesn’t know a municipal beauty committee, nor do the Greeks actually follow the rules of building. Making the cities look a bit like a mess. Besides, the Greeks are very practical. They want to be able to easily add an extension or extra floor to their house, or they leave the ground floor completely open so they can park cars between the concrete columns. They care about function more than about design and this might cause some confusion.

Walking through a Greek city today, you can see that the Greeks started doing something about the many abandoned buildings. Renovation starts to become popular, especially in the big cities, so hopefully soon the number of abandoned and unfinished buildings in Greece will become something from the past.

Read more about buildings in Greece

The old, the empty, and the ugly. The story behind architecture in Greek cities.

The Greeks are famous for their architecture, they even invented this type of art. Look at the Parthenon, the temple of Apollo, or the theatre in Philippi. All amazing architecture, and all on the list of UNESCO world heritage sites […]

Around 50 years ago, Thessaloniki decided to do something about the endless traffic jams in the city. The idea was a metro, connecting the rectangular-shaped city center underground. Today, however, not one station opened. Why? Because building amongst archeological sites […]

Family is everything for the real Greeks. One of the ways to show your Greek family love and mostly respect is with the name you choose for your children. While the rest of the world is inventing new names for […]

During your stay in Greece, while sipping coffee in front of the sea, you will hear the phrase, “siga siga” all around you. But what does it mean? Is it an exotic island like Bora Bora, or the scientific name […]

Whoever believes that time in Greece is EET, Eastern European Time, is wrong. Although the Greek clock may tick according to EET, real Greek time is a totally different concept. The Greeks only use EET (clock) time for the airport, […]

One response to “The many abandoned and unfinished buildings in Greece”