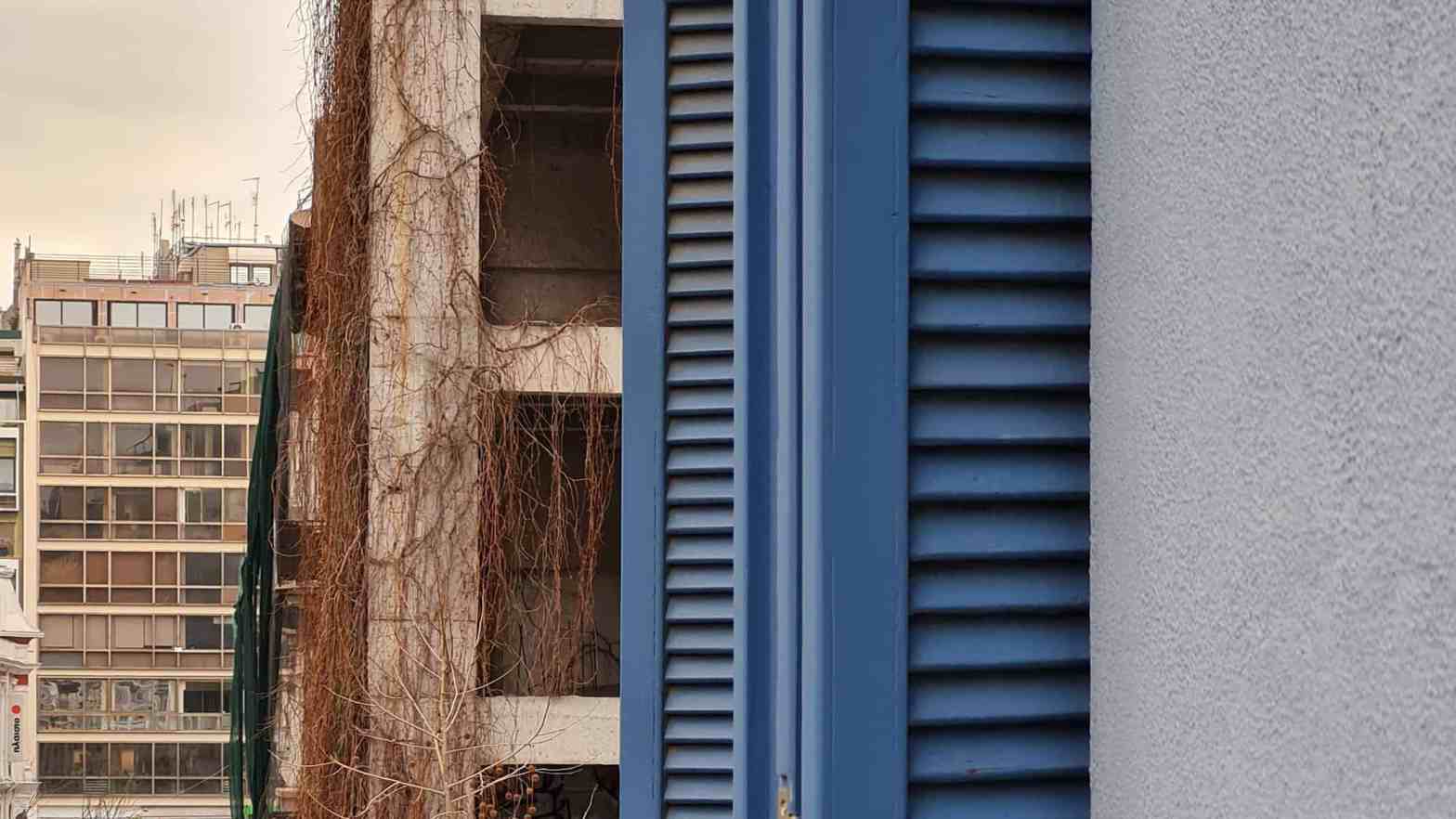 The old, the empty, and the ugly. The story behind architecture in modern Greek cities.

The Greeks are famous for their architecture and even invented this type of art. Look at the Parthenon, the Temple of Apollo, or the ancient theatre of Epidaurus. All great examples of architecture and now on the list of UNESCO world heritage sites. Also, on the Greek islands, architecture resembles art. The idyllic villages with narrow stone streets, surrounded by whitewashed walls and blue roofs that match the color of the sky. The Greeks knew what they were doing, but what happened with architecture in modern Greek cities?

A quick history of Greek Architecture

The Greeks invented the elements needed to turn a structure into art. The formulas they invented, as early as the sixth century B.C., have influenced the architecture of the past two millennia. All around the world. Greek temples and theaters have been the inspiration for many architects, and even The White House is inspired by Ancient Greek Architecture.

After Ancient Greece, architecture continued to evolve in the land that is now Greece. With influences from the Byzantines, the Venetians, and the Ottomans, many cities became a combination of beautiful churches, mosques, and castles. On the islands, the protection against plunderers created the idyllic white and blue villages. But unfortunately, history does not end there. After the Second World War, the country was in ruins. And when, years later, Greece was finally in an economic situation to rebuild. The Greeks seemed to have forgotten about architecture.

Rapid expansion after the war

In the 1950s, ’60s, and ’70s, the economy in Greece was booming. There were plenty of new jobs in the Greek cities, and the Greeks decided to leave their houses in the villages in search of a better life.

Quickly, the cities got full, and there were still enough vacancies to be filled. Greek cities needed more houses, and they needed them fast. Whoever had enough money to invest in a piece of land built a new apartment building in the city. These investors were just random people without knowledge of construction and instead solely looking for an easy way to make a profit.

Instead of letting architects design the housing for modern Greek cities, an enormous amount of apartment buildings were built and designed by engineers. Buildings are cheaper without an architect who prefers form over function. Besides, during this time, there was no municipal “beauty committee” to control the aesthetic part of the new-build areas in the cities. Everyone could do what they wanted, as long as a building did not exceed the maximum of six stories to make the city safe during possible earthquakes.

As a result, the cities got packed with uninspiring six-story high concrete apartment blocks, the polykatoikias.

The polykatoikias brought life to the Greek cities

Every apartment block had a mix of apartment types on the inside. Poor farmers who had just entered the city would live on the bottom floors, and richer people lived in the penthouses on top. There was no division between rich and poor neighborhoods, and everyone was allowed to start a business from their apartment. The result was an interesting mix of functions within each block, which made the cities pleasant and vibrant.

Besides, every apartment building has a generous balcony on the side of the street. These balconies have two advantages. Firstly, they prevent the houses from overheating in the summer. The concrete slabs shadow the windows of the apartments and prevent the sun from directly entering the house. Secondly, the balconies turn each street into a lively place. You can hear family gatherings and neighbors chatting above the streets. Creating a more friendly environment.

The problem of ownership and aging

Before the expansion of the modern Greek cities, the land was owned by whoever inherited it. Often, these people did not have enough money to invest in an apartment building. Neither did the government have the funds to buy their land for the city. So in order to expand, investors took the land, and in return, the owners got a couple of apartments in the future polykatoikia.

As a result, each apartment block had many owners. In the first decades of their existence, this was not a problem. However, when the buildings started to age, maintenance became difficult. Today, one building can have over 70 owners! So who is responsible for which part of the building?

Time revealed that many buildings were constructed with profit in mind. Plumbing and insulation often fail, and paint crumbles off. However, none of the residents feels responsible for fixing the problems of the building. The Greeks don’t want to pay anything for their neighbor, so if 30 people own one block, and one of them does not have enough money to remove, for example, the graffiti on the entrance, no one will do it, and the graffiti remains.

As a result, many people choose to leave a not-well-maintained apartment block. When a homeowner had money to afford renovation, but his neighbors did not, he would move to a place with people who shared his standards. Poor people stayed together in poorly maintained houses and could not afford the renovation. Some of the apartment blocks were even abandoned completely.

The old, the empty, and the ugly

In the ’90s Greece became a part of the European Union, and with this came money. The Greeks were again ready to invest in housing. As a Dutch, I would say great! Time to upgrade the concrete blocks that did not age well and make our cities great again. But unfortunately, this is not what the real Greeks wanted to do with their money.

Why invest money in someone else’s leftovers if you can build something that is your own? While the polykatoikias were falling apart, new concrete was added to the city by engineers. Until the crisis hit Greece in 2008.

After 2008, not only were many buildings left unfinished, many companies, as well as people, lost their houses. I stayed last February in a hotel in the city center of Thessaloniki. On the corner in front of the hotel I stayed in, there was one abandoned building, one unfinished structure, and one apartment building with only a few residents, ready to fall apart. The hotel itself, however, was a beautifully renovated building from the early 1900s.

It makes an interesting scenery, architecture in modern Greek cities! The combination of ancient architectural masterpieces with the complete lack of design in modern buildings. Every time I visit a Greek city, the architect in me imagines the potential of all the beautiful old empty buildings. As well as parks and skyscrapers, in the sites now occupied by the concrete, earthquake-proof engineer blocks. But will Greece ever make her cities beautiful again?

This summer, I discovered the most underrated Greek town. Neapoli Voion, or simply Neapoli or Vatika. This small town is located in the South of the least famous “leg” of…

The many abandoned and unfinished buildings in Greece

During your stay in Greece, you might be surprised by the many empty or half-finished buildings you come across. You find them in cities, towns, villages, and even remote areas.…

From a successful career to an uncertain life

We are all taught that we have to study and work hard in order to make it in life. Having to be richer and more successful than our parents, the…