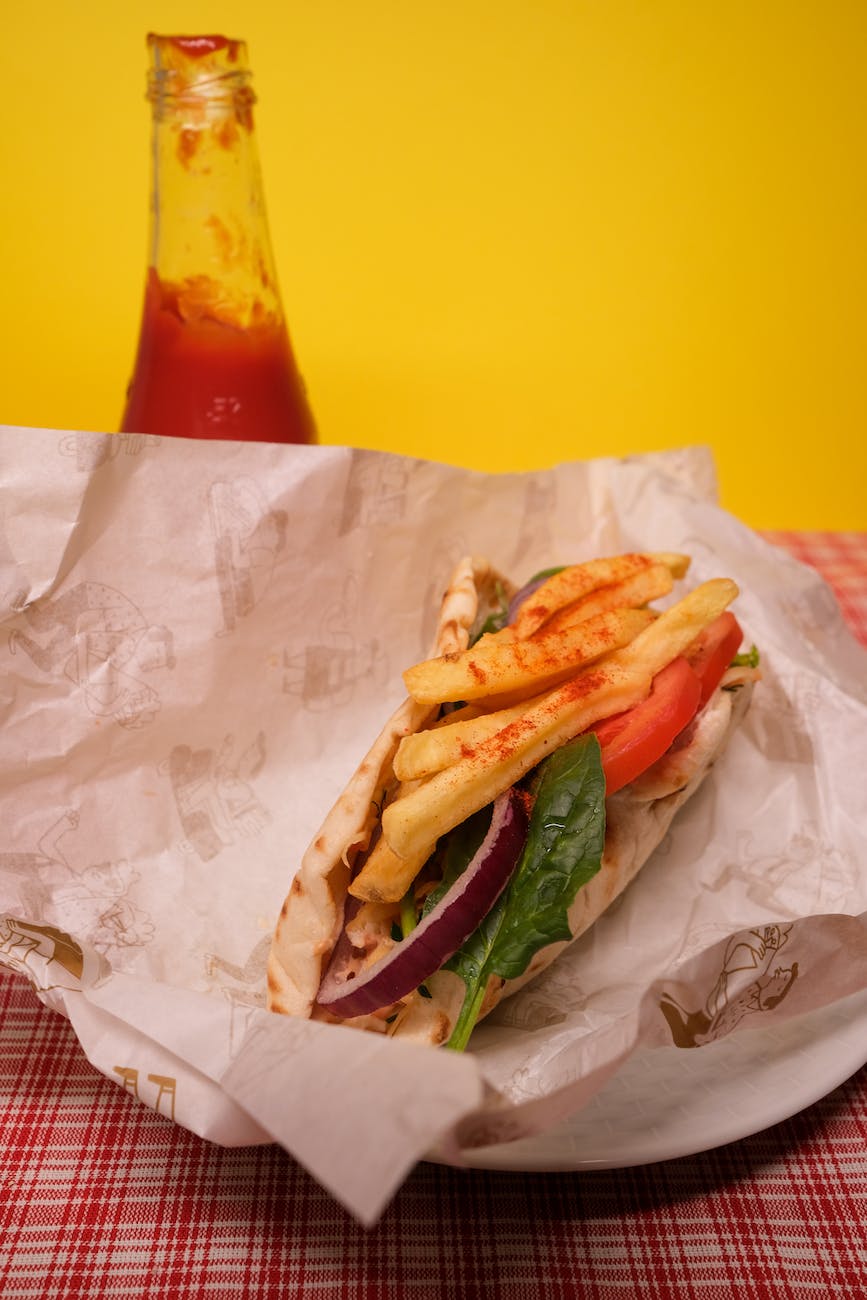 Whenever I travel to an unfamiliar destination, I am always happy to spot a McDonald’s right after I land. I can eat my beloved BigMac, without immediately having to learn about the country’s culture and food. It is convenient for me after a long and tiring day of traveling. However, upon landing in Greece, I have to break with my McDonald’s tradition and immediately dive into the Greek culture. Fast food in Greece does not come in the shape of a BigMac.

Why fast food in Greece is different

Greece, unlike other European countries, has very few famous fast-food chains. McDonald’s, for example, is pretty common throughout the European Union. Where the USA has 45.1 stores per million people, the Netherlands has 14.6, Germany 17,8, and Austria is the European winner with 22.31 McDonalds’s per million people. Greece, however, only has 2.1. Less than 5% of the amount in the USA!

Besides, McDonald’s in Greece is not spread evenly around the country. Stores are located in Athens and the most famous Greek islands like Rhodes, Crete, and Santorini. They are mostly used by tourists visiting the country instead of by the locals themselves. So what fast food can you expect when you travel to the less popular destinations in Greece?

The history of fast food in Greece

Fast food in Greece has a long history, dating back to ancient times. In ancient Greece, street vendors sold a variety of foods, including cooked meats, bread, and fruits. These foods were often sold at markets and were considered a convenient and affordable option for people who needed to eat quickly. Like our McDonald’s burgers, ancient Greek fast food was consumed quickly and on the go.

Ancient Greece was also the birthplace (or time) of the pita Gyros. Street vendors, known as gyrostands, would often sell meat cooked on a vertical rotisserie, similar to modern-day gyros.

After ancient times, however, Gyros disappeared from the country for centuries. Until the Ottoman Empire invented döner in the 19th century. When the Greeks changed the döner meat from lamb to pork and added tzatziki, the famous pita Gyros was reborn. It became (again) popular throughout Greece and later even in the rest of the world.

In the 1970s, the electric vertical rotisserie was introduced. As a result, the popular pita Gyros were now easy to prepare and became a staple of Greek fast food. The dish was cheap, fast, easy to eat, and even local. Every region in Greece has its own variation of this famous dish with different sauces or vegetables.

The pita gyros is the reason famous fast food chains like McDonald’s, struggle to survive in Greece. The network of gyrostands was well-developed by the time they came. While it was a new and convenient way of eating in the rest of Europe, in Greece, there was no need for another quick dining opportunity.

The most delicious and well-known Greek fast food is the pita Gyros. A pita bread stuffed with meat, tomatoes, onions, tzatziki, and potatoes. However, often these places also offer various types of meat. Souvlaki, skewers, or bifteki, hamburgers, are among the options worth trying. After you ordered your pita, the cook will ask you: Ap’ola? With everything? And for the best Greek experience, you reply with Nai!

Kotopita, spanakopita, and tiropita are the second most famous fast foods in Greece. These are savory pies made from phyllo dough stuffed with chicken, spinach, or cheese. You can find these pies in bakeries all around the country, and there are even small shops specializing in these pitas. The benefit of these is that you can buy them in the morning and take them with you on the road to eat whenever you get hungry. The perfect snack for a road trip to Greece.

My favorite fast food in Greece is Greek crepes. The pancakes from France, with a twist. There are crepe stands all around Greece, and they are nothing more than a counter with countless ingredients. You take a crepe and choose what you want to have it filled with. There are different kinds of meat, cheese, sauce, vegetables, and potatoes. But there are also fruits, biscuits, ice cream, and sweet sauce. The result is something that looks similar to a pita gyro. The taste, however, can have countless possibilities and you can make this food as heavy or light as you want it to be.

When you are in Greece and crave McDonald’s or Burger King, there is an alternative you are more likely to find. Goody’s! Goody’s Burger House is a Greek fast food company with a menu close to the more famous chains. They serve burgers and fries, as you would expect from a fast-food chain. However, club sandwiches, pasta, and even something that looks like traditional Greek dakos, reveal that you are still in Greece.

While fast food in Greece is popular and widely available, it is important to note that the traditional Mediterranean diet, characterized by high consumption of fruits, vegetables, whole grains, and olive oil, is still considered one of the healthiest diets in the world. Many Greeks continue to follow this diet. It is not uncommon to see people eating traditional Greek meals such as moussaka and dolmades in fast food restaurants.

I finally attended cooking classes with yiayia, my boyfriend’s grandmother. Her generation of Greek women cooks the most delicious meals. Tasty and seasonal, with local products gathered from friends and…