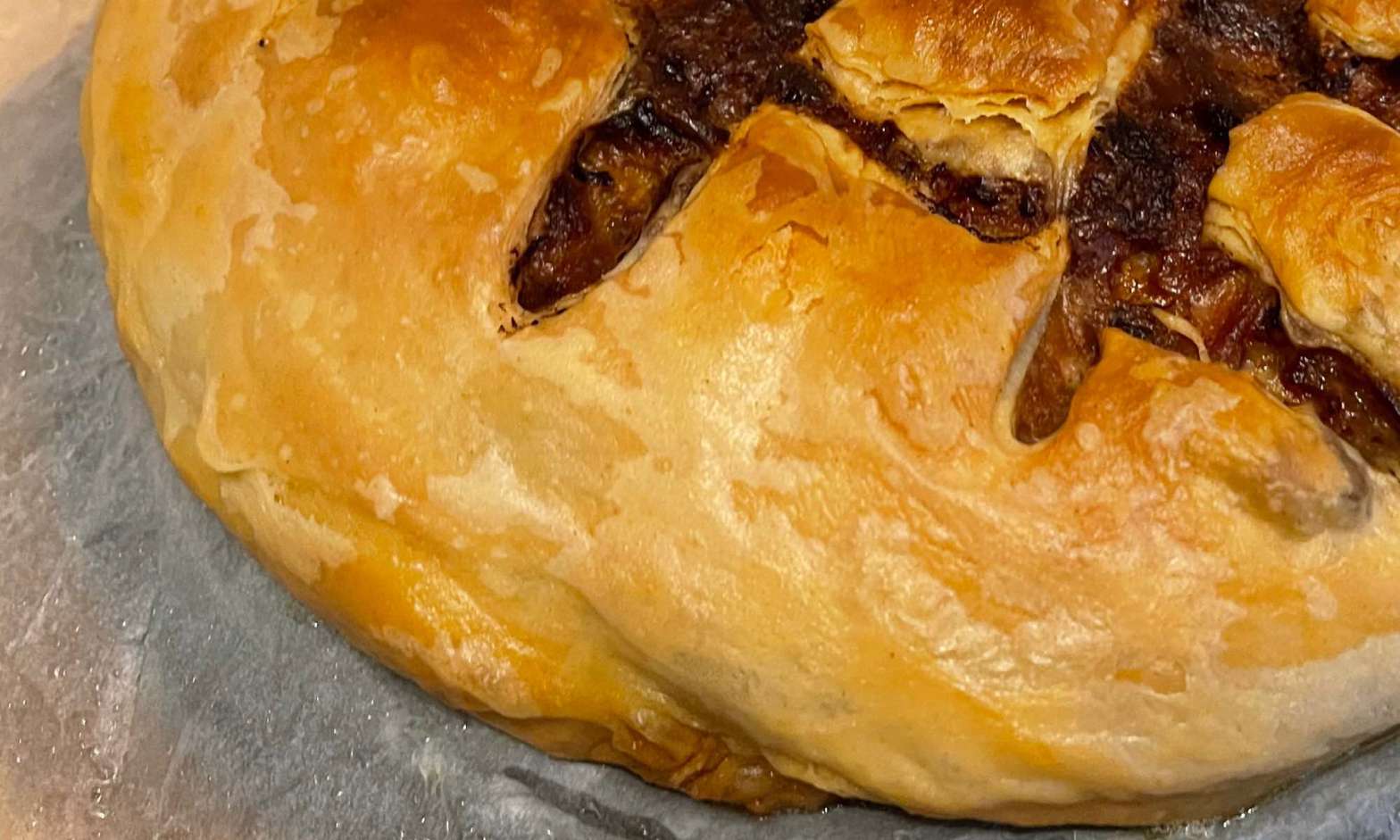 Phyllo, or filo, is a dough, used in the Greek kitchen to create the most delicious sweet and savory pitas, the Greek pies. There is nothing more tasty than a pie with traditional Greek phyllo. However, the dough is not easy to make. It requires both time and skill, but the taste in the end is totally worth the effort!

Phyllo, in Greek, means leaf. And this is what makes phyllo complicated to make. The dough is made up from multiple thin leafs or layers, each individually opened by hand. Luckily, not all phyllo needs to be as perfectly thin as the phyllo that is famous all over the world. There are many different types of phyllo dough. And the classic, traditional Greek phyllo is actually much thicker than you would expect.

What makes this thick traditional Greek phyllo more tasty compared to, for example, pre-made dough, is what happens between the layers. A mix of butter and oil between every layer makes the phyllo both crunchy and creamy.

There are a variety of phyllo dough recipes out there, but not many of them meet the taste of Yiayia’s traditional Greek phyllo. So what are her secrets for the perfect dough?

For a large pie of 40 centimeters in diameter.
If you own a smaller over dish, I recommend still using the ingredients below, but divide the dough for 2 pies. You can keep it in the freezer for months before using it.

How to make traditional Greek phyllo

Use the phyllo in the following recipes:

Greek pitas, or pies, come in various shapes and tastes. From a quick snack that fits in your hands, to an oven dish that feeds the whole family. As a sweet dessert or a savory lunch. The most famous Greek […]