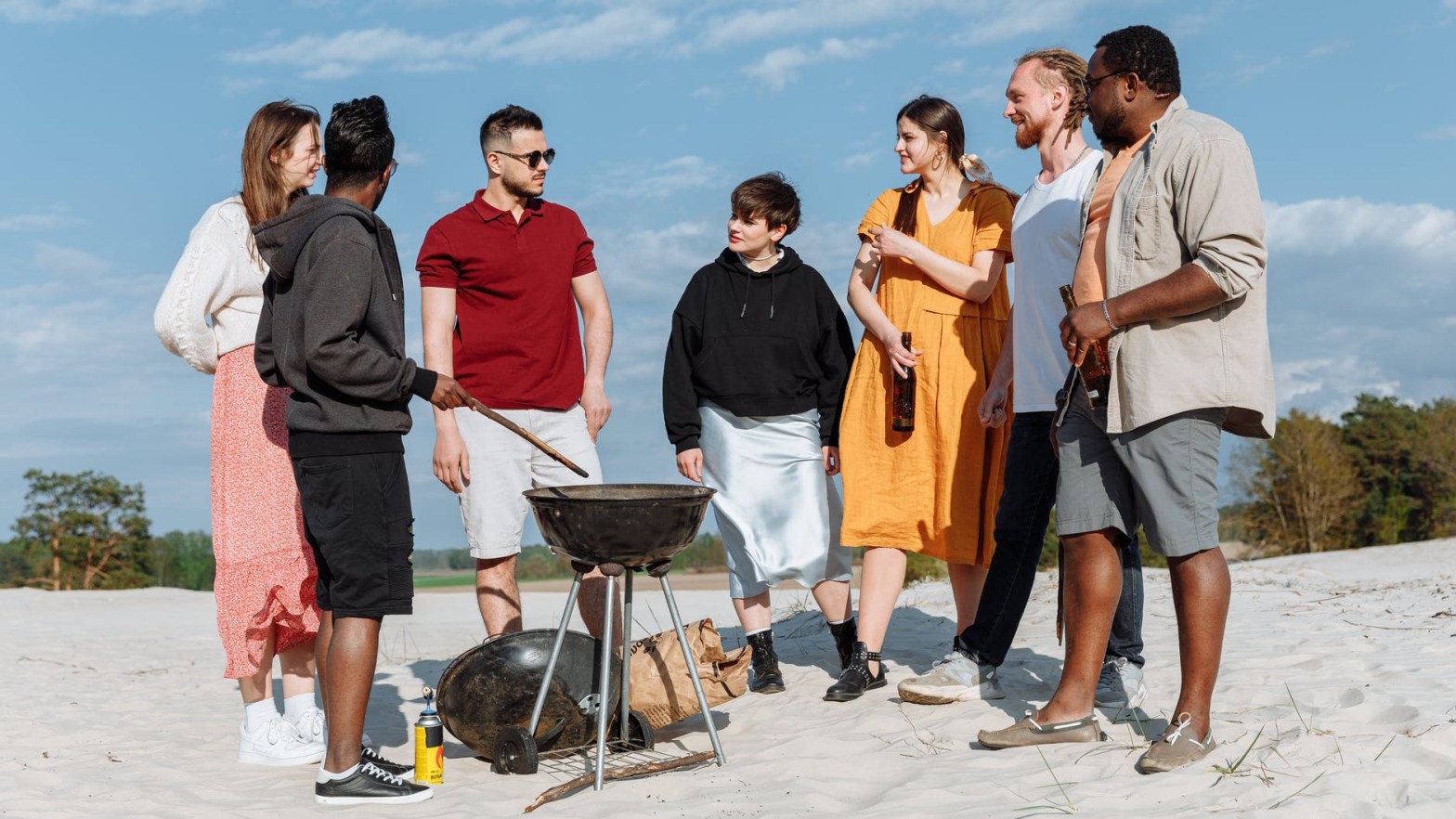 The Greeks away from Greece

This weekend I found myself at a Greek barbecue. Traditional Greek music, souvlakia on the grill, and surrounded by fifteen Greeks, all speaking their own language. The funny thing is that I was not even near Greece. The barbecue took place in a park in the center of Rotterdam. Real Greeks take some Greece everywhere they go.

Why there are so many Greeks outside Greece

Greeks love their culture and country. But many of them decided to leave Greece after the economic crisis that started in 2008. Unemployment was high while salaries hit a low. Many highly-educated young people decided to leave their country, in search of the ability to afford life. And so, Germany, the UK, and the Netherlands, amongst many other countries, became home to a young Greek community.

Although most Greeks found good jobs with a stable income in these countries, they entered a completely different culture. Being raised surrounded by family and friends, Western Europe should have felt both lonely and cold to them. Missing the chaos and warmth of their own culture, they stuck to the other Greeks.

The Greeks away from Greece are all part of at least one Greek family of very close friends. My boyfriend, for example, was living with no less than six other Greeks before we moved in together. A Greek colleague of mine lives with four and our Greek neighbor, who lives alone, is never at home, spending her time surrounded by other Greeks on their couch.

There are little Greek communities everywhere. And surprisingly, I do totally understand them. We Dutch might seem open and friendly at first, but when it comes to close friendship, we still stick to our agenda’s and send you away when dinner is ready.

Meeting my parents for coffee means arranging a date about a month before, complete with the location of the coffee we’re going to drink. Then as soon as the coffee is finished, they will leave, moving on to the next item on their agenda.

And then there is the Greek way of going for coffee. It can happen whenever and wherever doing whatever. They do what they want when they want to do it, they don’t plan ahead, not even 5 minutes, definitely not when it comes to their personal lives. And I believe they are right to life this way.

Even after 10 years it is temporary

I guess a big part of why the Greeks stick to their own culture is the fact that many Greeks didn’t choose to leave their country. Or at least not permanently. The Greeks I know, came to the Netherlands believing to only stay for one or two years. Waiting for the Greek economy to recover they have spent over 10 years away from home. But they never wanted that, nor do they want it now.

Slowly I see more and more of our friends moving back to their hometowns in Greece. Choosing the warmth of their culture over the money they can make elsewhere and the safety that comes with it.

The continuous struggle the Greeks have between missing their culture and loved ones, and having the security of a Dutch job is painful to see. While on the other hand, them working for 12 hours a day for a salary they can not afford an apartment with might be even worse. I just really hope that a trend of Greeks moving back will help the economic situation of Greece, making it the beautiful country it once was.

What role has religion played in Greece throughout history?

Today, 81.4% of the Greeks are Orthodox Catholics. This is a huge percentage if you compare this to Christians in the UK or Protestants in the US. More impressive is…

Easter is the most significant religious holiday in Greece. It is celebrated by all Greeks, all over the world. However, it is the perfect time for you to explore Greek…

In Greece, Easter is the most important religious holiday. However, the Easter bunny does not bring its colorful eggs to this country. Instead, Greek Easter is celebrated with traditions including…