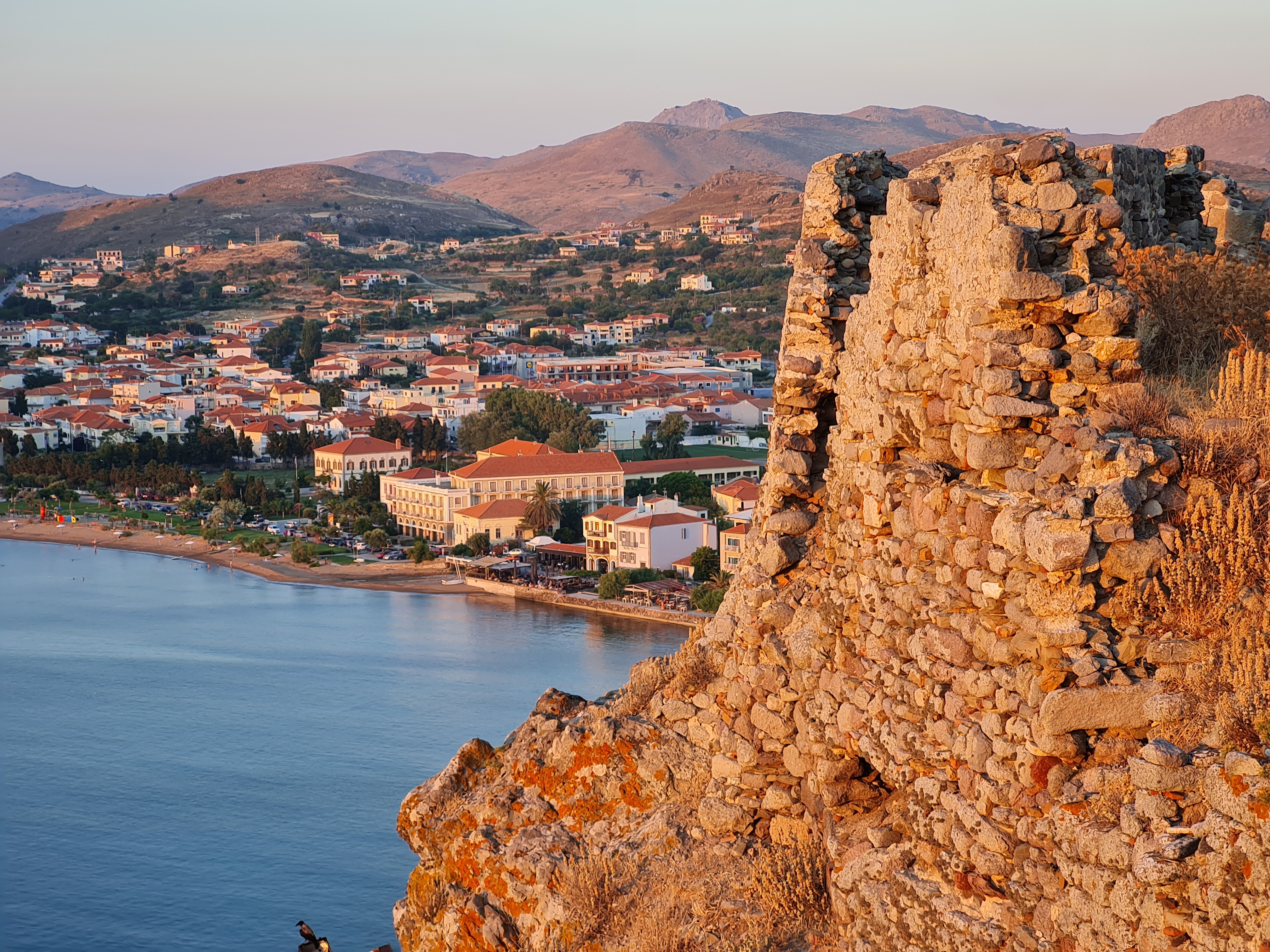 The largest fortress of the Aegean Sea.

When you reach the island of Lemnos by boat, you’re welcomed by an imposing Castle. Built on a rocky and craggy peninsula at the tip of the island, the castle of Myrina is the largest fortress in the Aegean Sea. Over the past 1000 years it endured many battles.

The construction of the largest fortress of the Aegean sea was commanded in 1186 AD by the Byzantine emperor Andronicus Komnenos, on the site of an earlier ancient fortification. But even before finishing it, it was taken over by the Venetians, who completed the castle around 1214.

After this, many wars came. First, the castle came back to Byzantium and then it was taken by the Ottamans. From the 15th to the 17th century the island went back and forth between the Venetians and the Turks. And in the 18th century also the Russians showed their interest and ruled the island for a while. In 1912 the Greeks took over the castle of Myrina from the Turkish and since then it has been a part of Greece.

Today the castle of Myrina is a monument for the public with many parts that are still standing. The castle has one entrance to the east side, the only point which connects it to the land. Inside the walls are cisterns, houses’ remains, an underground vaulted room, and even a mosque.

Today, this castle is uninhabited by people, but refuge for about 200 deer. The locals provide them with food and water. And when visiting the castle at sunrise or sunset is very common to spot at least one deer.

Greece is famous for its rich amount of archeological sites. Building in the country is almost impossible due to the abundance of history hidden underneath Greek soil. As a result,…

Lemnos, or Limnos, is an island in the Aegean Sea, in the northeast of Greece. With just 476 square kilometers of land, it is not very big but enough to…

Much more than a beach. Paralia Mikro Fanaraki

In the East of the island of Lemnos, there is a small beach called Mikro Fanaraki. A small lantern. The beach is probably named after the little lighthouse on the…