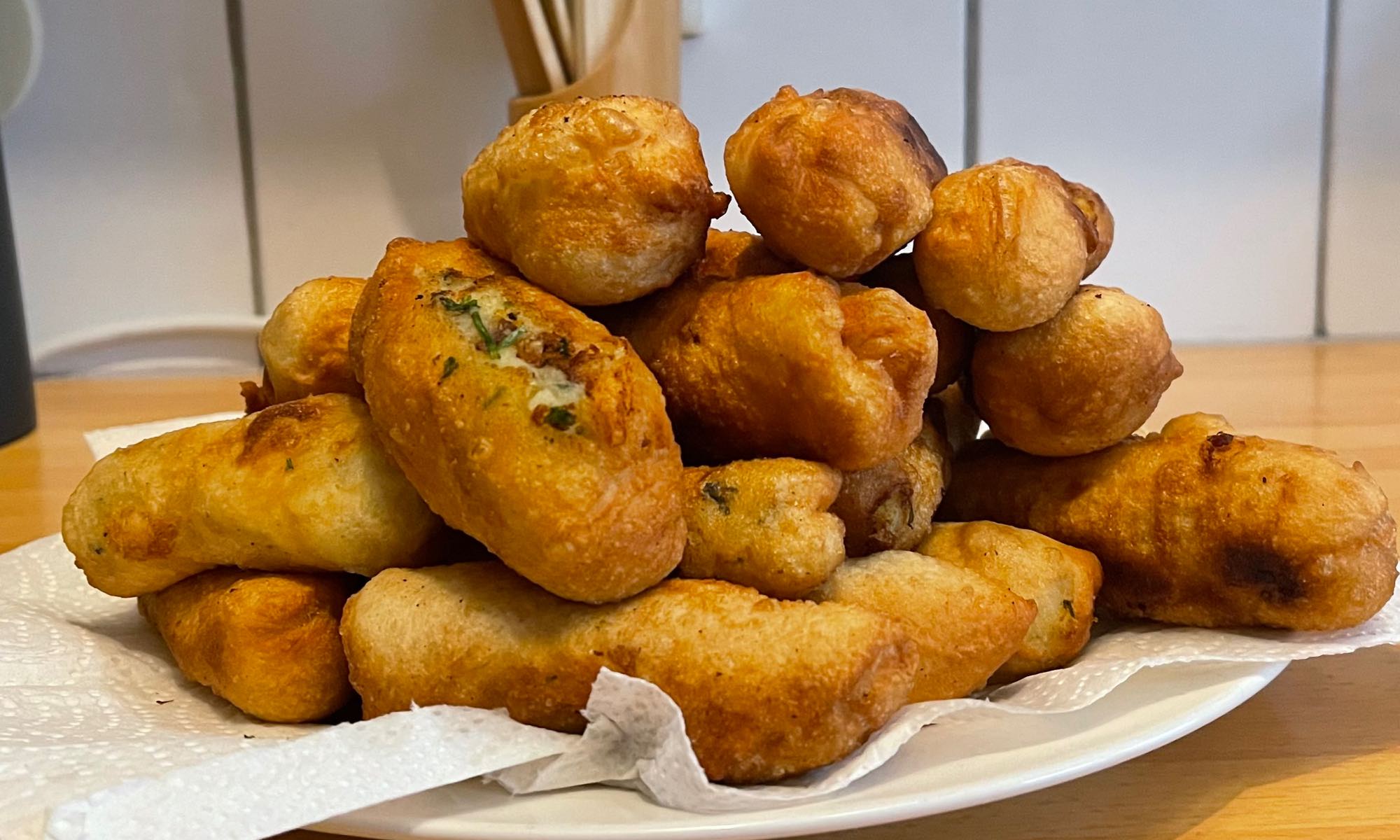 I was in quarantine in Greece, during the COVID pandemic, at an isolated beach house last year. Yiayia had left enough food in front of the door to survive for a month if I needed to. Amongst her many dishes was a bag full of small savory pastries I had never seen before, Greek potato Piroshki. With just one bite, I fell in love. It turned out the be the most delicious snack I had ever tasted, and within a day, I finished all of them.

In the following year, I cooked the dish together with Yiayia to learn how to recreate this incredible vegan dish. Today, I am ready to share her delicious recipe with you!

How did Piroshki end up in Greece?

Piroshki is traditionally not a Greek but a Russian dish. However, a part of the Greek population did not live in Greece for more than three thousand years, the Pontic Greeks, or Pondians. These people are Greek and have always called themselves Greek. However, they lived in the Pontus region, located in modern-day Turkey, South of the Black Sea.

Due to the remote location of the Pontus, the Pontians have a unique culture, identity, and diverse cuisine that differs from the Greeks. When the Pontic Greeks had to leave their region in the early 20th century, many returned to Greece and took their cuisine with them. Piroshki is just one of the many delicious recipes of Pontic Cuisine.

Piroshki is a fried dough with a savory or sweet filling inside. The dough is made with yeast to provide a fluffy texture around the filling. The outside, however, becomes crunchy when the dough is fried. Famous Pontian Piroshki fillings are minced beef, mushrooms, cheese, and apricot. But my favorite, and fully vegan, Pirsohki, is with potatoes.