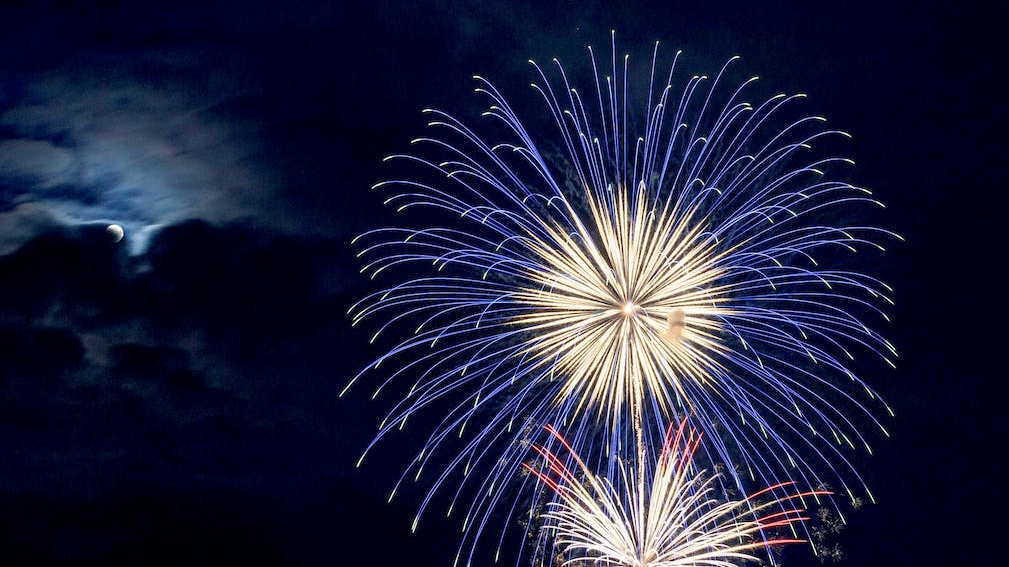 Easter is the most significant religious holiday in Greece. It is celebrated by all Greeks, all over the world. However, it is the perfect time for you to explore Greek culture. While the celebration of Easter is a time of joy, renewal, and hope for the Greeks, family and friends to come together, share traditional Easter foods, and break some red-dyed eggs. Greek easter traditions include lighting the Paschal candle, reading the Passion of Christ, and a spit-roasted lamb. Besides, every island and region in Greece has its own unique and local traditions related to this special holiday. Below is a list of the most unique and local Easter traditions in Greece.

The Rocket War at Chios

The northeastern Aegean Sea island of Chios is known for its unique Easter tradition. The Rouketopolemos, or Rocket War. In other words, a friendly competition between the two main churches of Chios. Locals gather at Saint Marcos and Panagia Ereithiani, and from there they launch thousands of homemade fireworks at each other. The result is magnificent, as the whole town lights up with the horizontally flying fireworks.

The origin of this event is unknown, but local legend dates it back to the Ottoman era. However, the event did not go without danger, and often the emergency resources had to step in. Fires and accidents were far too common. As a result, it is no longer allowed to aim directly at the other church from the streets since 2021. Nevertheless, the event remains a unique and local Easter tradition in Greece.

The smashing pots of Corfu

On Corfu, the earthquake custom is revived in the Holy Church of Panagia ton Xenos, where the faithful hit the pews to simulate the earthquake that occurred after Jesus’ resurrection. While bells of all the city’s churches ring joyfully at 11 a.m., the residents throw water-filled clay jugs tied with red ribbons from their balconies or windows. This Corfu-only tradition dates back to the Venetian occupation of the island and represents the removal of bad luck and the bringing of good luck and prosperity.

The balloons of Leonidio

In Leonidio, a tradition is practiced on the night of the Resurrection. Residents light hundreds of colorful balloons and release them into the sky while the priests chant” Xriston Anesti. Christ is Risen. Before this night, every household in Leonidio’s five parishes prepares their balloons with great care, employing a unique technique involving cane and paper. The balloons can fly up high into the air and are detonated with a piece of oil-soaked cloth. The view is unbelievable, like a swarm of flaming birds forming a new constellation in the sky accompanied by fireworks.

The tradition is thought to have originated in ancient times when lighted torches in specific locations on mountaintops were used to send messages over long distances. However, local sailors were said to have been inspired by similar customs in Asia. They brought the hot air balloons back to their homeland, where it was incorporated into the Resurrection celebration.

On Paros, the parade follows an interesting route along the mountain villages. It goes around the streets, but along the way, there are multiple stops. At these stops, a scene from Jesus’ life is represented. Around 200 people, mostly children, participate to act in these different scenes. A fascinating tradition!

A march into the sea at Tinos

The Tinos church is a popular destination for many holidays, particularly Easter. On Good Friday night, the Catholic Epitaph is walked around the Chora area, followed by seven epitaphs from different parishes gathering on a marble platform for prayers. Many people attend the ceremony, and boats and ships participate by “whistling” and bowing in unusual ways. Saint Nicholas’ epitaph is then carried into the sea with lit torches and a burning cross, creating a magical atmosphere.

If you’re planning on visiting on of these unique and local Easter traditions in Greece, keep in mind that Greek (Orthodox) Easter, might not be on the same day as your Easter. This year, Easter will be celebrated on the 16th of April.

The Greeks are known as loud, emotional, religious, stubborn, and always eating people. However, Greek culture is rich and diverse and cannot be reduced to a simple stereotype. Greece has…

What role has religion played in Greece throughout history?

Today, 81.4% of the Greeks are Orthodox Catholics. This is a huge percentage if you compare this to Christians in the UK or Protestants in the US. More impressive is…

In Greece, Easter is the most important religious holiday. However, the Easter bunny does not bring its colorful eggs to this country. Instead, Greek Easter is celebrated with traditions including…